The enchanting Batsi in Andros is one of the most beautifull places on the island that you should definitely visit during your vacation. In general, Andros is one of the most beautiful Greek islands with thousands of visitors from all over the world choosing it every year. We would not say unfairly since its enchanting landscape with its green areas, high mountains, huge coastline and of course the beautiful beaches that are an attraction for tourists.

In a very short distance from Athens, Andros is an excellent vacation solution that will surely be unforgettable. In fact, there are many who liken it to a miniature of Greece. Its impressive landscapes complete the rivers, valleys and ravines.

The village of Batsi – Andros

Batsi is one of the most popular villages of Andros at a distance of about 27 km from Chora and just 7 from the port of Gavrio. It is a traditional fishing village by the sea, with some of the most beautiful sandy beaches on the island. One of the most enchanting summer destinations where you can find many traditional taverns and bars, tourist and commercial shops. 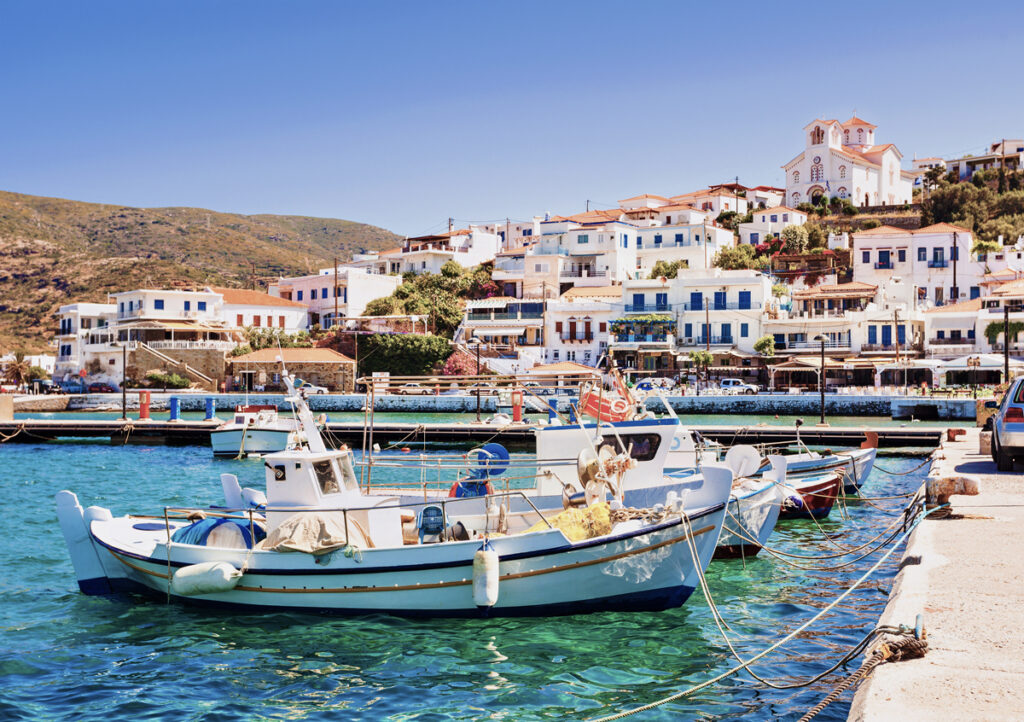 Beaches in Batsi of Andros

There are many beaches in Batsi that are worth visiting. The most popular of course is Batsi Beach which is located within the settlement. A fairly large and organized sandy beach which is a great choice for families. A beach that will help you relax and enjoy your baths in Andros. 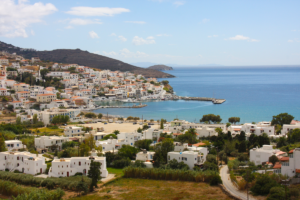 Kolona is the second beach we would suggest. It is located opposite Batsi and offers you a great view of the village. Another excellent choice of beach is Agia Marina. Also a sandy beach located next to Batsi and brings together several families.

Finally, you should not miss to visit Stivari beach. A fairly secluded beach, relatively small in size that combines sand, pebbles and rocks.

What attractions will you find nearby 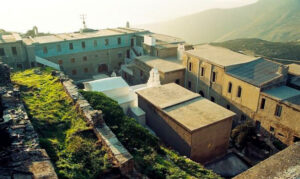 The Monastery of Zoodochou Pigi or otherwise the Monastery of Agia, is the largest monastery of Andros and is located between Batsi and Gavrio. Although monks originally lived in the monastery, it was later converted into a nunnery. In the church of the monastery you have the opportunity to see various sacred vestments and utensils, prehistoric tools as well as a library with old manuscripts.

The Archaeological Site of Ipsili Andros is in fact the findings of one of the most important fortified settlements of the early Iron Age. A large part of the settlement has been discovered and will offer you a magical journey into the past. 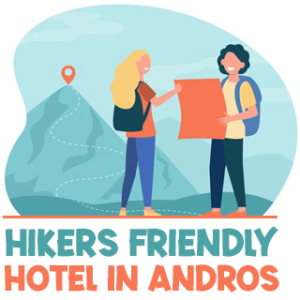 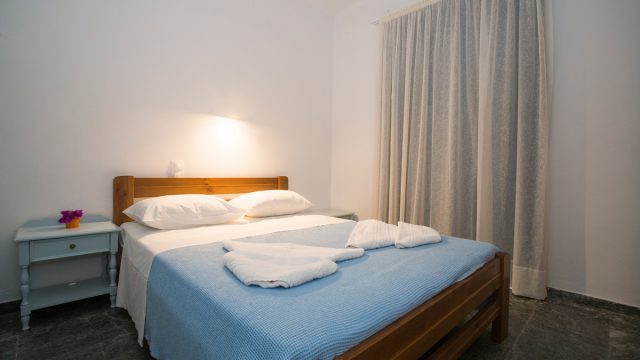 If you are looking for an economic room in Andros to spend an unforgettable vacation, Budget Double is the best choice.

The Standard Double Room in Andros, is an excellent choice and will give you an unforgettable holiday experience. 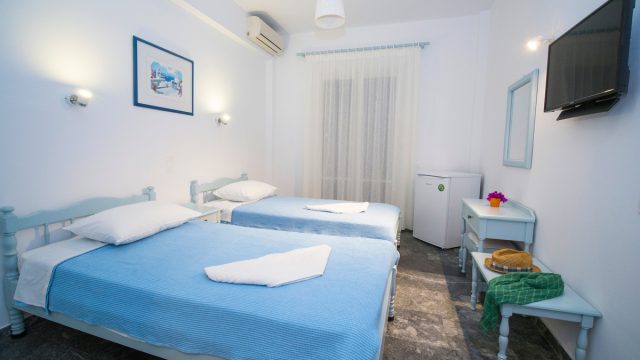 The Superior Double Room in Batsi of Andros is one of the ideal options, which will offer you a luxurious stay. 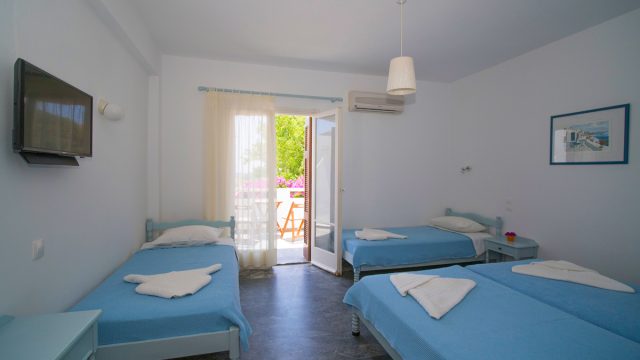 Staying in the family room in Andros will ensure that you and your family will spend unique moments of relaxation on your vacation.

The hotel is very easily accessible, in a picturesque location, close to everything. The staff is very kind and helpful, as well as the rooms very clean in a simple island style! Very economical, and although very close to shops it offers a quiet stay! Prefer it!

Pleasant and clean rooms, polite staff, very close to cafes/restaurants/bars and the beach. Generally worth a lot. Batsi as a settlement is very picturesque and staying close to the centre you can enjoy it.

Hospitable owners and staff. Dimitris is unbelievable in his knowledge of Andros and especially of its hiking trails. It helped us to see that we could do more in the few days we stayed. It shows the love he has for Andros and that he wants to share its beauties with those who wish to discover them.

Traditional, neat, in island style, equipped comfortable and spotless rooms, very close to the sea. Rich breakfast, very kind staff and owners, willing to give you any information and make your stay as comfortable and enjoyable as possible!

Strategic location close to all bars and restaurants. Very friendly, from the reception to the girl who took care and cleaned the rooms. Very clean, very good breakfast, very good wifi signal. Everything is perfect.